Sweden is famous around the world for lots of things: Saab and Volvo automobiles, the music group ABBA, pickled herring and the DIY megastore IKEA. It is equally as famous for its stunning scenery, picturesque fishing villages, being the land of reindeer and endless summer sun.

Sweden is filled with colorful wooden buildings, traditional huts, stone fortresses and cathedrals, and some pretty innovative contemporary architecture. Whether it’s hiking trails or art museums you’re looking for, Sweden has it. An overview of the best places to visit in Sweden:

Sweden has lots of coastline, no doubt about that, but the best place to observe marine line under protected circumstances is Kosterhavet National Park. Kosterhavet, which borders Norway, is the country’s first marine national park. With 6,000 species of marine life, the park is home to several species that can’t be found anywhere else in Sweden. The park is centered around the shores and sea of the Koster Islands. Kosterhavet’s coral reefs make it popular with snorkelers and divers, while landlubbers can enjoy quaint fishing villages waiting to be turned into picture postcards.

Marstrand, a city since 1200, is known for two things: sailing and an old fortress. This seaside community, located on an island in western Sweden, hosts the annual Match Cup Sweden, an important sailing competition. It also is home to the 17th century Carlsten Fortress, a majestic stone structure that guards the city. Visitors describe Marstrand, which makes a good day trip from Gothenburg, as a “Kodak moment” so be prepared to take lots of pictures of the ornate, pastel-colored historic buildings that line cobblestone streets. Other “don’t miss” attractions include the Strandverket Art Museum, the restored Pater Noster Lighthouse, and scenic hiking trails.

Something old, something new is perhaps the best way to describe Malmo, a medieval historic city with a landscape that’s studded with modern, contemporary buildings. Sweden’s third largest city has a marvelous Old Town (Gamla Stoden) with three main squares: Stortoget, Lilla Torg and Gustav Adolfs Torg. Old Town is also where you’ll find the castle Malmohus Slott. This multicultural city, with 150 ethnicities, is linked via Oresund Bridge to Denmark. A must-see “new” attraction is the Turning Torso, an architectural masterpiece that twists more than 190 meters (600 feet) into the sky, making it Sweden’s most talked about building. 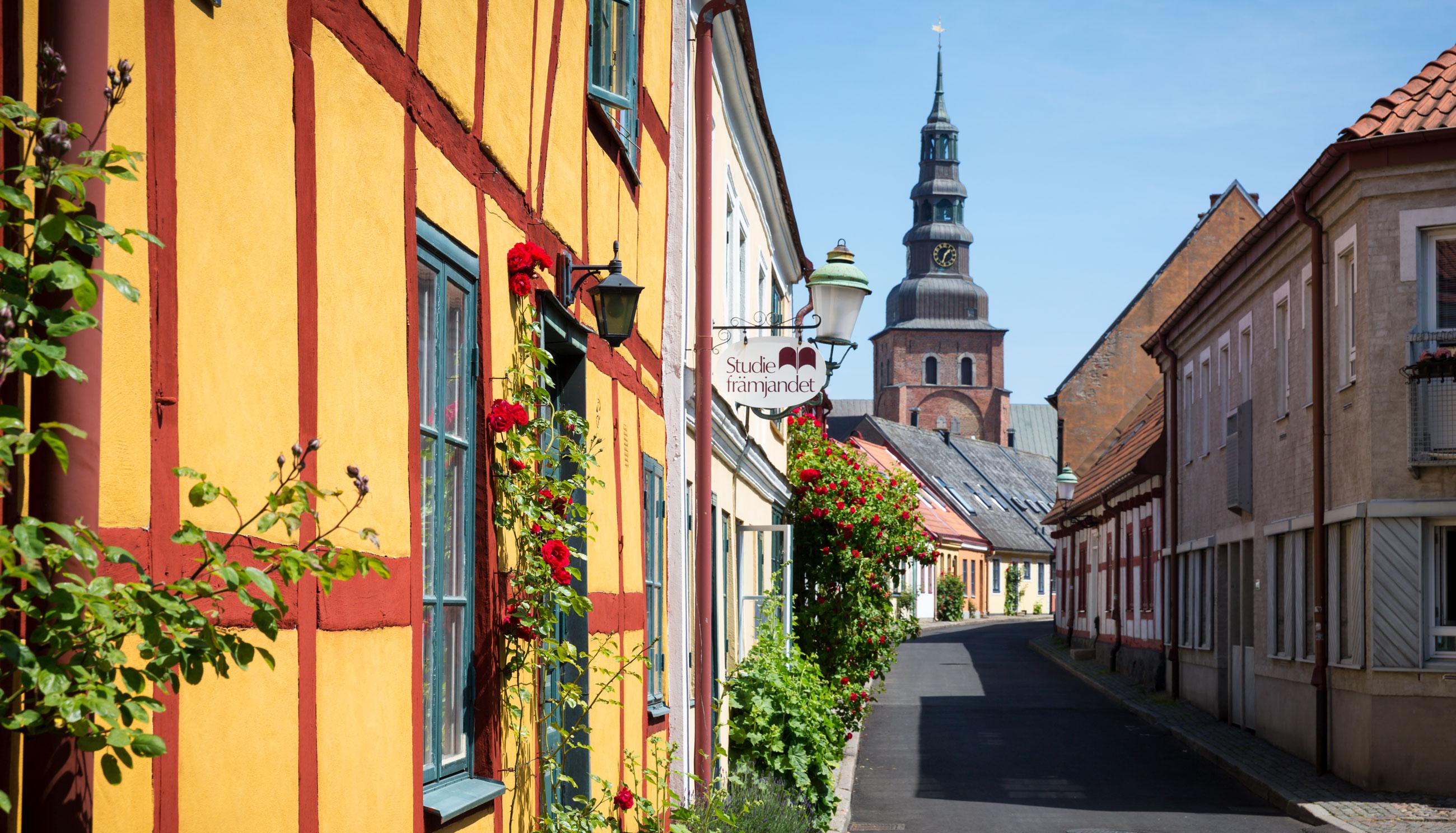 Ystad, a coastal town in southern Sweden, is sure to draw sleuths and murder mystery fans. Noted author Henning Mankell set his Kurt Wallender detective novels in Ystad and the surrounding area. Notable buildings you’ll find used in his books include Greyfriars Abbey, one of Sweden’s best preserved medieval monasteries, and the Church of the Virgin Mary, a large medieval church; both are outstanding examples of Gothic Hansa architecture. A walking tour over cobblestone streets also will take you past picturesque pastel-colored half-timbered buildings. A walk on the town’s pretty sandy beaches is called for, too. East of Ystad is the megalithic monument of Ales Stenar, consisting of 59 large boulders forming a stone ship.

If you’re into island hopping, then touring the Stockholm archipelago could be just your cup of akavit. Obviously, you won’t have time to visit every island since there are 30,000 of them – big rocks jutting up from the sea count here. Ferries serve major points in the archipelago, beginning with a 10-minute boat ride from Stockholm. Visit a World War I fortress at Starofortet or Vaxholm, the “capital” of the archipelago with its ornate buildings and a history of herring fishing. Indulge yourself at a spa in Nacka, the closest to Stockholm and accessible by motor vehicle.

Uppsala, located 70 km (44 miles) north of Stockholm, is the religious center of Sweden, and has been since the 12th century. Prior to Christianity, Uppsala was known for idols of Norse gods. The Uppsala Cathedral, seat of the archbishop of Sweden, is the largest cathedral in Scandinavia. Education is important here, too, with Uppsala University, which was founded in 1477, making it one of the oldest colleges in Scandinavia. The Fyris River runs through the city, with the medieval section located west of the river. Both the cathedral and Uppsala Castle dominate the skyline here. Eighteenth century botanist Carl Linnaeus lived in Uppsala, so check out the botanical garden next to the castle. 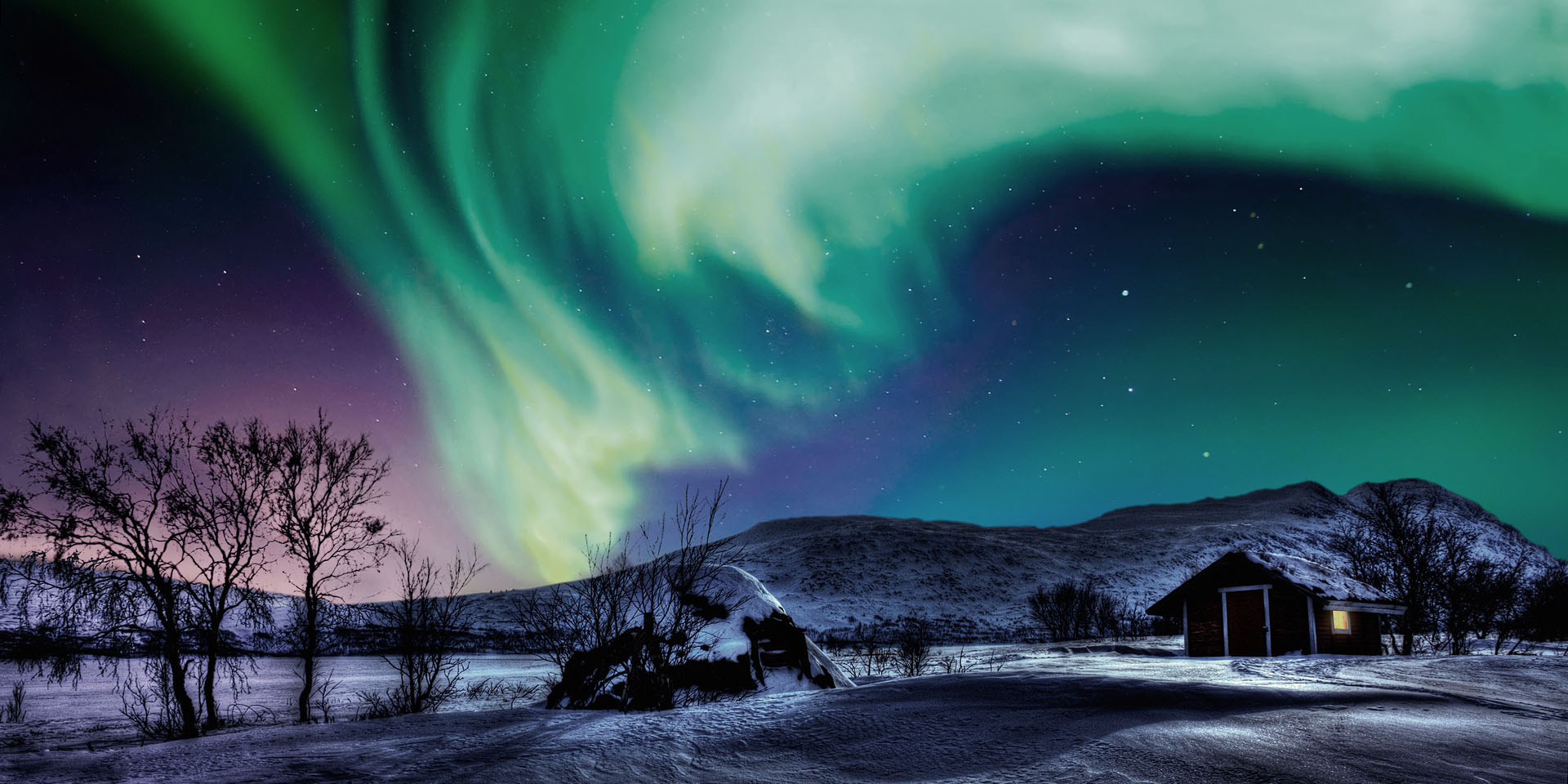 If it’s wilderness adventure you’re seeking, there’s no better place to visit in Sweden than Swedish Lapland. Located in the far north above the Arctic Circle where summer shines around the clock. Lapland is for canoers, hikers and viewers of wildlife. Swedish Lapland is inhabited by the hardy, indigenous Sami. Who live in massive forests and barren tundra. A good way to experience the region is to drive the 359-km (223-mile) long Wilderness Way from the canoeing center at Stromsund to the terminus at Vilhelmina, a church town, via Fatmomakke, where you’ll see traditional wooden huts. Winter visitors can buy reindeer hides at Jokkmokk, the center of Sami life.

Gothenburg, located on Sweden’s west coast, is a green city dotted with numerous parks of all sizes. Many of the parks date back to the 19th century, including Kungsparken, a park that circles the canal that rings around the city center., If you’re more interested in amusement parks, head to Liseberg, which has more rides than any amusement park in Scandinavia. The largest port city in Scandinavia, Gothenburg also boasts the region’s largest film festival as well as numerous music festivals throughout the year. Hungry? Try a haga bulle, a large cinnamon roll at Haga, a district known for its picturesque wooden houses.

As Sweden’s largest island, surrounded totally by the Baltic Sea, you’d think fishing would be the island’s main industry. Not so. Agriculture, tourism and information technology are among the top industries. The island is one of Sweden’s most popular tourist destinations; sun seekers like it because it has more sunlight during the year than any other place in Sweden. Visby, the only city on the island, is a beautiful walled Hanseatic town which has preserved most of its townscape and historic buildings. There are also around 100 medieval churches and countless prehistoric sites on the island. Stockholm, a pretty city set on 14 islands, has a lot going for it as Sweden’s capital and the largest city in Scandinavia. Founded in the 13th century, Stockholm is where the annual Nobel Prizes are given out. The Vasa Museum, dedicated to a 17th century warship that sank on its maiden voyage, is Scandinavia’s most visited museum. Stockholm is easier on your budget than other Nordic cities, offering free admission to 15 museums, including the Swedish History, Medieval Museum, Royal Armoury and Skokloster Castle. You also won’t want to miss the Royal Palace, Modern Art Museum and City Hall.

The largest and capital city of Sweden, Stockholm is admired as one of Scandinavia’s most beautiful capitals. Located in southeastern Sweden, the capital city spans across scores of islands and rocky islets that are all connected by charming old bridges and modern causeways. Lush green parks, world-class attractions and a blend of historic and modern architecture make Stockholm an appealing tourist destination.

Among Stockholm’s must-see attractions is the city’s well-preserved medieval center with its beautiful old churches, Royal palace, picturesque bridges, canals and cobblestone streets lined with cafes and shops. The lush green island of Djurgården is home to some of Stockholm’s most popular tourist attractions such as the Gröna Lund theme park, the Stockholm Zoo and the Skansen Open-Air Museum. A must-do is to view the city from atop the world’s largest round building, the Ericcson Globe.

The Vasa Museum, dedicated to a 17th century warship that sank on its maiden voyage, is Scandinavia’s most visited museum. Stockholm is easier on your budget than other Nordic cities, offering free admission to 15 museums, including the Swedish History, Medieval Museum, Royal Armoury and Skokloster Castle. You also won’t want to miss the Royal Palace, Modern Art Museum and City Hall.